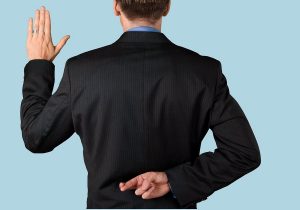 I just reviewed a report on pending legislation from representative Collins (R-NY) that would redefine the 340B patient definition to only allow 340B pricing to be used for uninsured patients. Of course, this was not the intent of congress when 340B was passed in 1992. In fact, we have heard from law makers who crafted the bill, and they clearly state that part of the intent is to allow covered entities to stretch scarce resources to help more patients in need. As our firm has supported compliance efforts for many covered entities over the past 5 years, we have seen how the program has allowed for expansion of services for both uninsured, underinsured, and vulnerable patients. It has allowed for the creation of programs in rural communities where patients have limited ability to travel long distances to obtain the clinical services they need. I witnessed first-hand the clinical improvements of patients when a 340B hospital helped cover their drug cost so they could remain compliant on critical diabetes medication. So, you might be wondering, what is driving this need for redefining the 340B patient definition?

Before we get into my thoughts on why this legislation is being introduced, let’s examine who benefits from this change if it is passed. If 340B pricing can only be used for uninsured patients, then a significant portion of current 340B savings would go away. The net result is drug companies would add to their multi-billion-dollar financial bottom line. So, why do it then? Why take dollars away from government and non-profit hospitals and clinics that care for our most vulnerable patients? Why risk being the cause of a contraction of healthcare services that would likely result in more patients going without care they need, which will likely lead to overall higher healthcare cost? I think the answer is in an article the USA Today put out on 10/12/17 titled, “Ethics investigators suggest Rep. Chris Collins may have engaged in insider trading.” This company is the biotech company where he was a board member and one of the largest shareholders. Also, in June 2017 it was reported that Rep. Collins lost $17 Million in this same biotech stock. Wait! What? We have a representative that is trying to pass legislation that only benefits drug companies and he was on the board and the largest shareholder of a drug biotech company, and who is also not opposed to increasing the profits of said company by providing potential insider trading information to boost stock prices? In a word, YES! Sometimes you put it all together and it becomes clear, but it is not right. Isn’t this the type of legislation we want to avoid as a country, as a proud nation founded on morale principles? Who is Rep. Collins really looking out for here?

If you are a covered entity or see the blatant disregard for ethical congressional decision making, I strongly encourage you to talk to your senators and representatives that may be voting on this in the near future. Rep. Collins was reported (by Luthi in Modern Healthcare on 1/17/18) as saying, “We’re going to move this very quickly. This is not going to stall out for six months or something.” Therefore, time is of the essence. The impact to thousands of clinics and hospitals that make up our healthcare safety net would be devastating. It is times like these that require all of us to do more than we normally do, to rise up and take a stand. To let our elected officials know we see you, and we will help everyone else see you too. We see the good and the bad, and now ask the question, how will you vote on this piece of legislation?

One Reply to “Rep. Collins wants to Redefine the 340B Patient Definition”